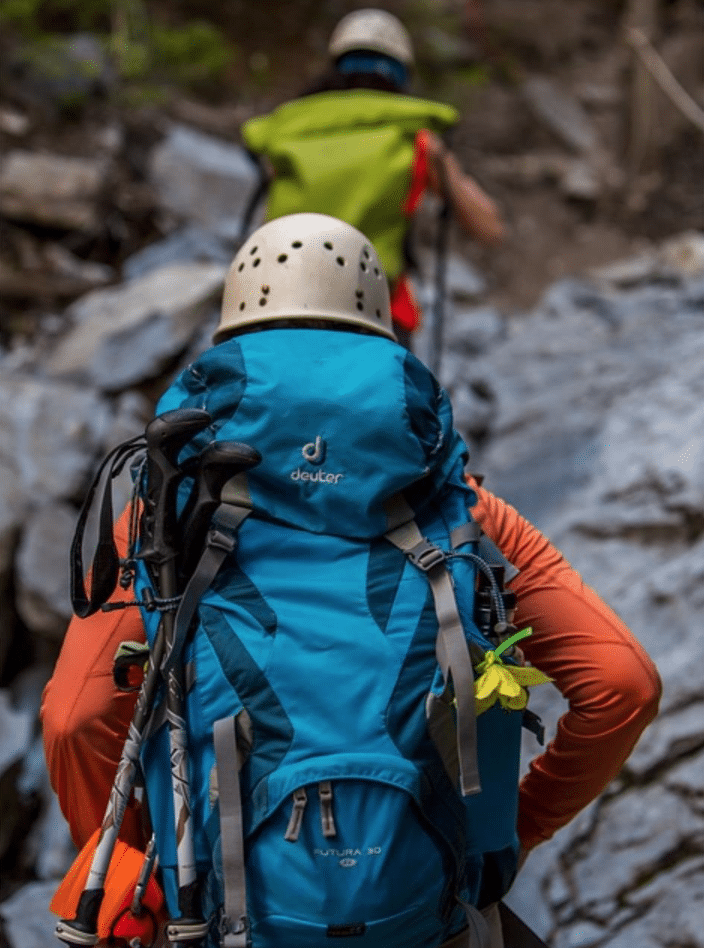 It’s easy to get caught up in the “faster, lighter” mentality we see in outdoor gear culture nowadays.

We focus on keeping our pack weights as low as possible, our gear as featherlight and high-tech as we can afford, and give all the props to the most hardcore minimalists who do the roughest sort of roughing it possible.

Well I’m here to show some love to all my overpackers, preparedness junkies, and gadget nerds.

Whether you’re already toting around a full pack everywhere you go or have a little room to spare for some luxury items, there’s a new and life changing piece of outdoor gear in the list below for everyone.

After about an hour on the trail, you’re willing to do anything to get some relief from the constant buzzing and biting.

Enter the single greatest piece of outdoor gear fashion ever made, the head net. Yes, you’ll look like the new lunch lady who got stuck with the XXXXL hair net, and yes, you’ll still be prone to stings on the arms and legs.

Still, not having anything buzzing around/landing on/biting your head and neck is a godsend.

Plus, although most of us would pay literally anything to look this cool, head nets are inexpensive AND easily pack down into the palm of your hand. They also double as a minimalist mosquito barrier for hammock campers who leave their full size nets at home during the off season.

While we’re on the topic of things that make you look awesome, let’s talk fanny packs.

We’ve touched on this topic before, but honestly I just want to keep touchin’ it.

Fanny packs are awesome for the outdoors. A regular ol’ 1990’s-style pack comes in handy, but there are several models out there now that are made specifically for the needs of campers and backpackers.

Want to go for a day hike but don’t feel like getting all sweaty carrying around a backpack?

Modern lumbar packs have enough space for all the gear you carry, and a lot of them even feature multiple pockets for water bottles so you can keep your hands free.

Got a day pack that doesn’t have hip-belt pockets? Bring them both and have a place to store all your quick-access essentials.

Hiking, camping, mountain biking, kayaking… You name it, a fanny pack is a great piece of outdoor gear that comes in handy for just about any outdoors activity.

Some folks choose to get creative with their names for the classic pooping shovel. “Classier” names. “Less crass” names. Names “without the word ‘poop’” in them. You’ve seen them before:

“Light-Duty Shovel.” (That counts as a poop pun right?)

And you know what? That’s fine. So long as we all know what they’re for: Digging holes to poop into.

You don’t need a trowel if you’re good with a stick and/or rock, but it certainly is nice to have as part of your “backcountry bathroom” kit if you’ll be spending several nights on the trail. Considering you should be digging a full six inches into the ground anyway to do right by nature (and your fellow hikers), carrying a… “trowel”… will also save you some time.

I love everything about having a fire in camp. It’s always been such a central part of the whole camping experience for me. If there’s one part of campfires I love the least, though, it’s gonna be getting them started. Especially after it’s been raining.

That’s why I like to carry around a little waterproof container of fire starting material whenever I’ve got room. There’s really no wrong way to do it so long as your material easily starts with a single match or strike of flint, and burns for a few minutes to get some smaller sticks going on their own.

You can buy pre-made fire starters made from biofuel, those little sawdust-nugget things, or cotton-based tinders. Personally, I like to make my own by coating a few cotton balls in good ol’ fashioned petroleum jelly.

This one is an absolute essential if there’s any chance of sharing a tent or sleeping space with other campers.

There is no shortage of horror stories out there about the kind of things you’ll wake up to in the middle of the night in a group shelter. Let’s just say snoring is the least concerning noise you’ll hear and leave it at that.

The same goes for a tent, whether you or your sleeping mates are prone to loud snoring or not. I tend to be a light sleeper, and just the sound of someone rolling around on a crinkly sleeping pad is enough to wake me up.

A basic set of foam ear plugs weighs nothing, costs almost nothing, and lasts forever. I recommend picking up a set with a cord attached as these things are a lot harder to lose in linked pairs.

At this point I think we all understand how and why cotton clothing is a no-go outdoors. I say the same for cotton towels.

Camp towels (often called travel towels) are made from a blend of synthetic materials like polyester and nylon that give a super soft, super absorbent surface. Since they aren’t cotton, they also don’t hold onto the water they absorb for long, meaning you can towel off, wring out your towel, and have it dry enough to pack away in no time.

Camp towels are also a nice addition to your pack because (unlike cotton towels) they pack down super small and have built in antimicrobial treatments that keep them from getting all dank smelling between washes. Most of them also feature a convenient corner clip that allows you to hang them off your pack so they can dry while you hike. 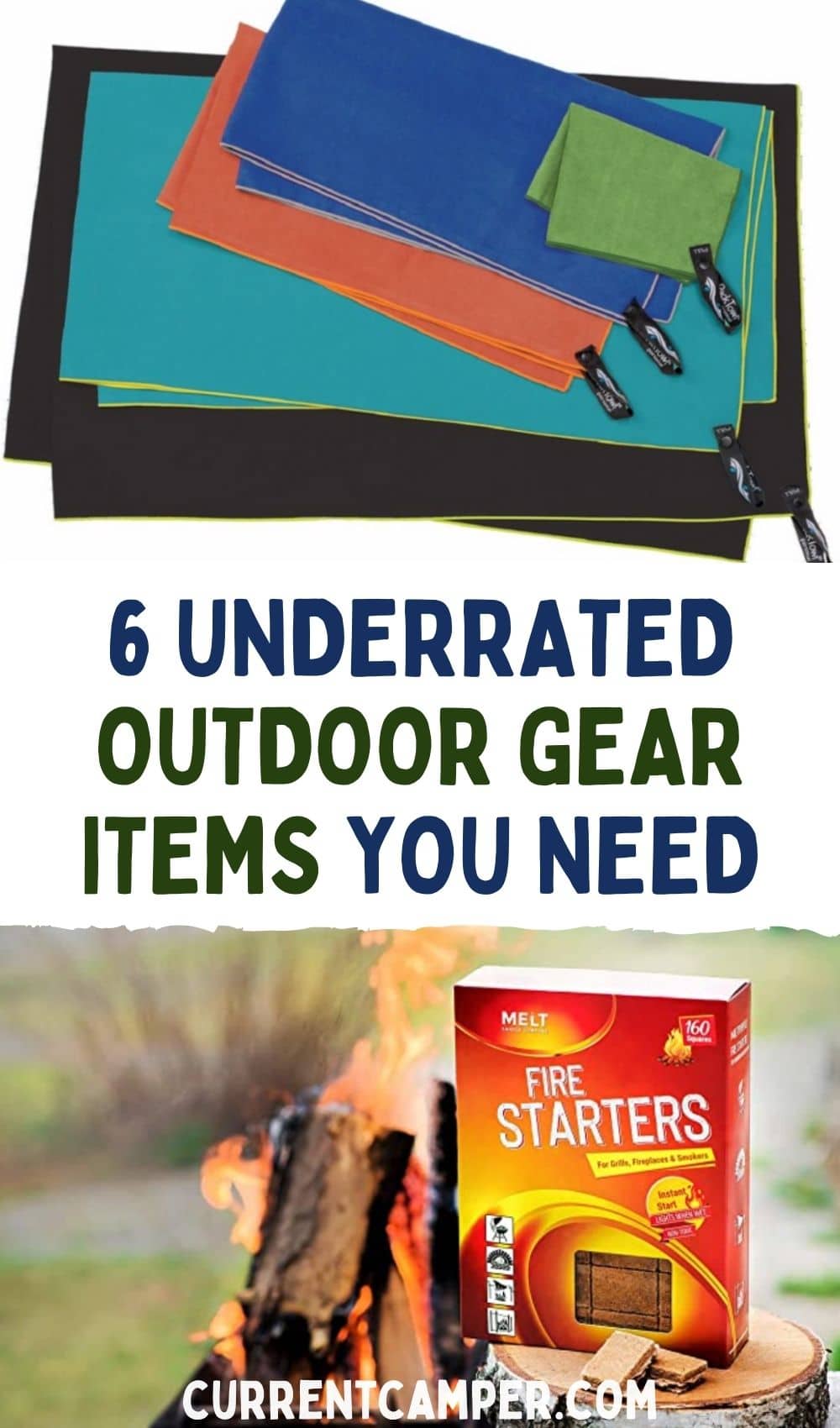