When I first got into backpacking, I always assumed trekking poles were for older hikers, or for folks with bad/injured knees that needed help finding their footing or walking up and down inclines.

I had a lot to learn.

Turns out there are more than a few reasons a good set of trekking poles are a favorite for weekend backpackers and thru-hikers of all ages. Below we’ll take a look at why you should consider picking up a pair of trekking poles yourself, as well as some popular uses and features of the different poles available today. 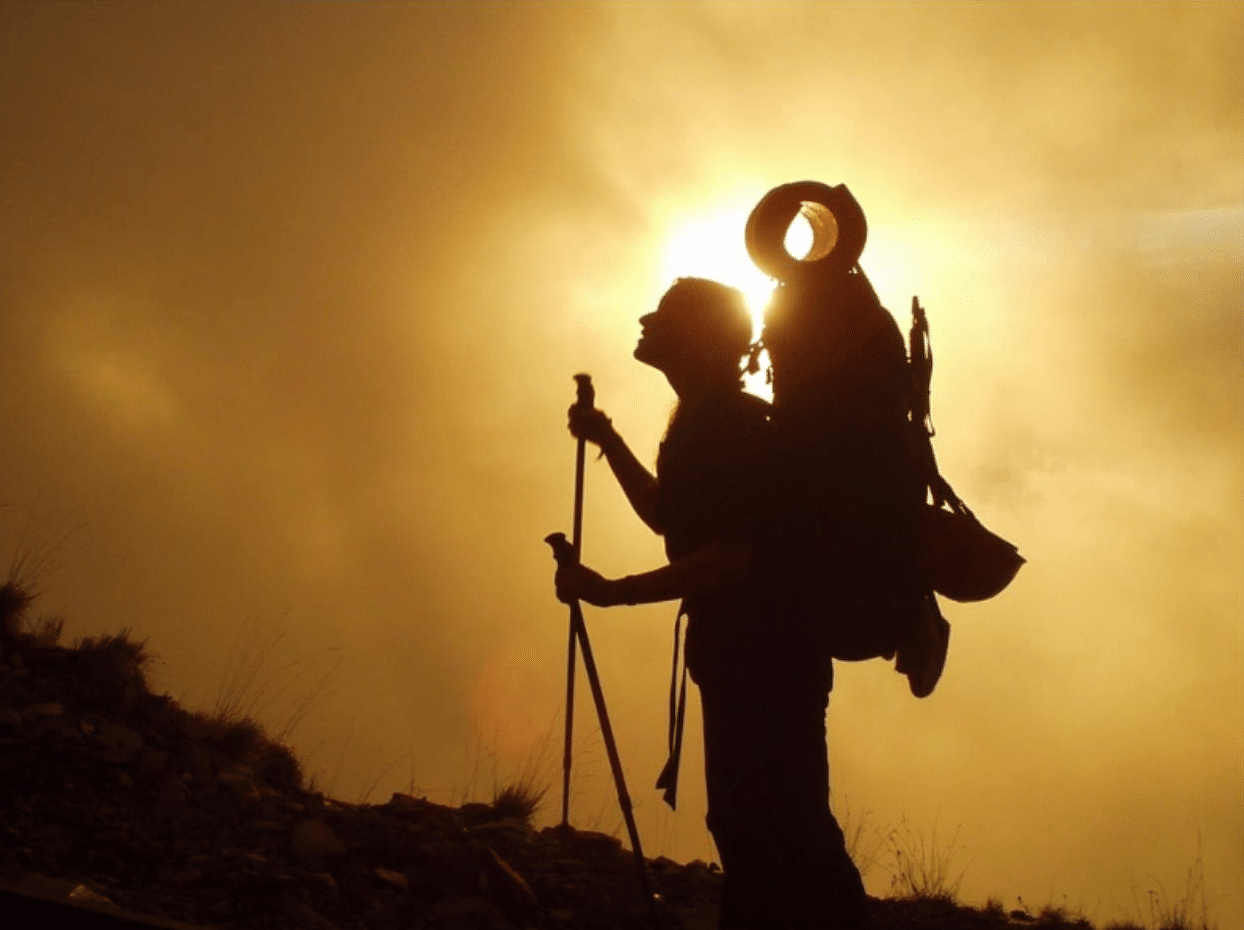 From help on steep declines to swingin’ wildly at bears that seem a little too friendly, trekking poles come in handy in more situations than you might think.

Hiking in the backcountry often presents unique challenges. Climbing down steep descents, balancing on logs and boulders, and (everyone’s favorite) water crossings (more on those later).

These tasks all seem easy enough when you’re traveling light, but when you add a backpack and 20+ pounds of gear into the equation, staying stable gets tricky. Trekking poles help you balance your load by adding additional points of contact between you and the ground. The extra help becomes increasingly important as traction goes down, so in muddy, sandy, snowy, or icy conditions, trekking poles will more than earn their keep.

Trekking poles allow you to “split the load” that’s normally on your lower body with your arms. Without trekking poles, your legs do 100 percent of the work walking up and downhill.

Your poles allow you to push with your arms on a downhill to maintain traction and help arrest momentum. Without them, all of the effort to control your downhill speed comes through your legs, with each footfall transmitting 100 percent of the shock through your knees as you step.

The same goes for walking uphill, except you’re effectively “pulling” yourself up with your poles as you go.

Reducing strain on joints is the most common reason hikers opt for trekking poles, but muscle fatigue is another important factor as well.

In each of the scenarios described above, the use of trekking poles has the added bonus of transferring a small percentage of the effort required of your lower body into your upper body. The less effort your legs and hips spend on balancing, climbing, and descending, the more you’ll be able to focus on putting one foot in front of the other.

This one is important enough to get its own section.

Creek and river crossings come in a wide range of difficulties. My last trip into the Cohutta Wilderness involved seven water crossings in three days. Some were barely two inches deep, and I was able to simply walk right through them. Others were as high as three feet, and I did everything I could to avoid dipping a foot in.

Whether I was hopping across rocks or using fallen trees as balance beams, having my trekking poles out and extended to the creek bottom meant I was a lot less likely to misstep and wind up with a wet boot and sock to deal with.

Of course there was one scenario where the only choice was to take my shoes and socks off completely and wade directly into the river. Nothing makes stepping over slippery river rocks barefoot while fighting a current a little less nerve-wracking than two sturdy trekking poles propping me up on either side. 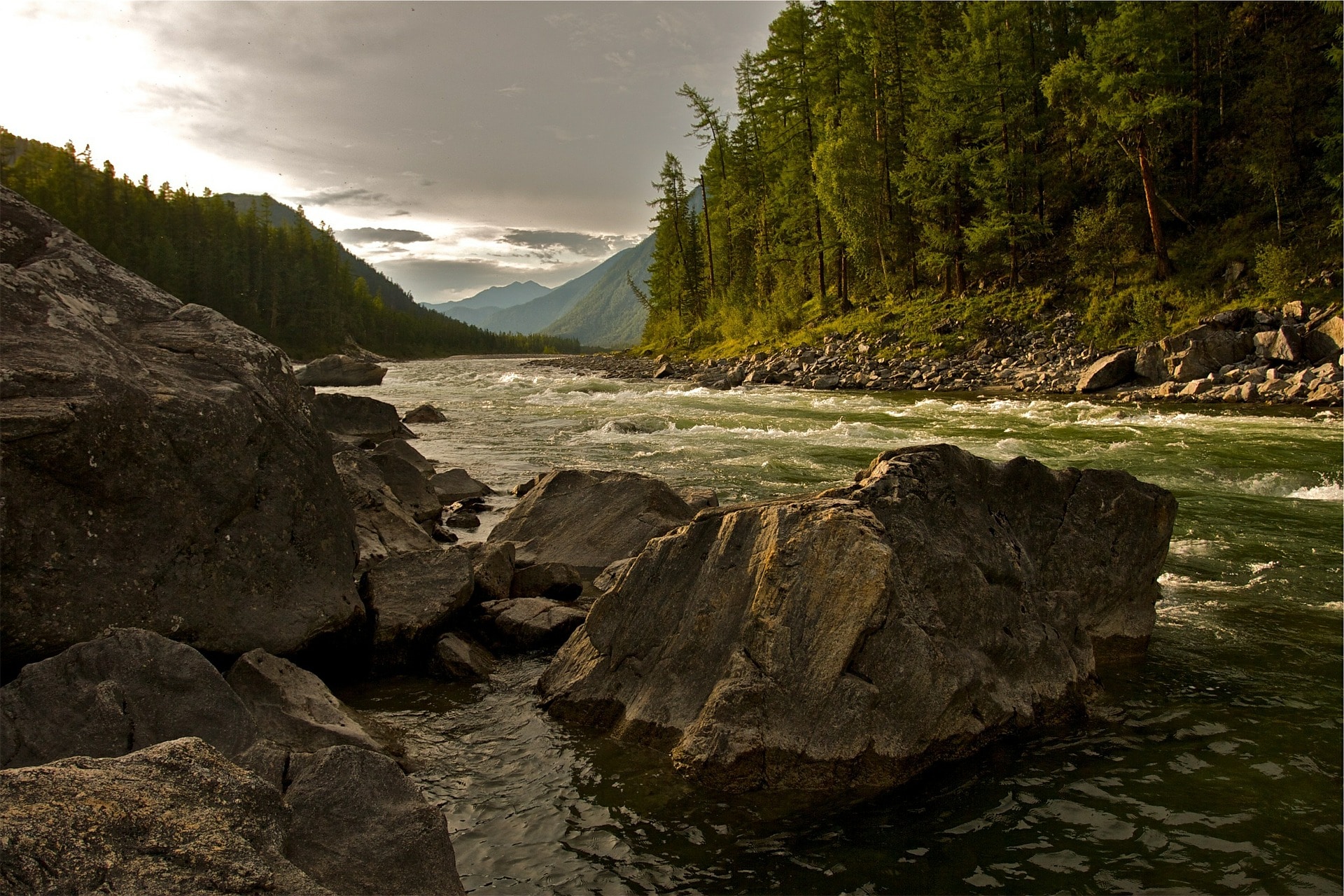 Although the main utility of trekking poles is obviously for hiking itself, they actually come in handy in a few other notable ways.

Ultralight backpacking tents, for example, will often use trekking poles in place of traditional tent poles. That means you get to shave precious ounces off the weight of your tent, and have your poles do double duty when you’re not hiking.

Testing the depth of water or the thickness of ice can also be done using a trekking pole. It’s important to “know before you go” when walking across frozen lakes, rivers, and streams, and having a study trekking pole to test the ice before you step can save you from an unpleasant (or even life-threatening) plunge.

Emergency first aid is another potential application for a good set of trekking poles. Whether you’re making a splint for a broken arm or leg, or using your poles as makeshift crutches to limp out after an injury, there are more than a few ways trekking poles can make themselves useful here.

Bears. Yeah, I said it. Bears. 99 percent of the bears I’ve come in contact with both on the trail and around camp have been skittish to the point that a second glance is all it takes to send them packing. They’re generally scared of people. On the rare occasion that a bear has stood its ground, however, I’ve found that a spirited waving of my trekking poles (along with a few loud “WHOA, BEAR!”s) has always done the trick. 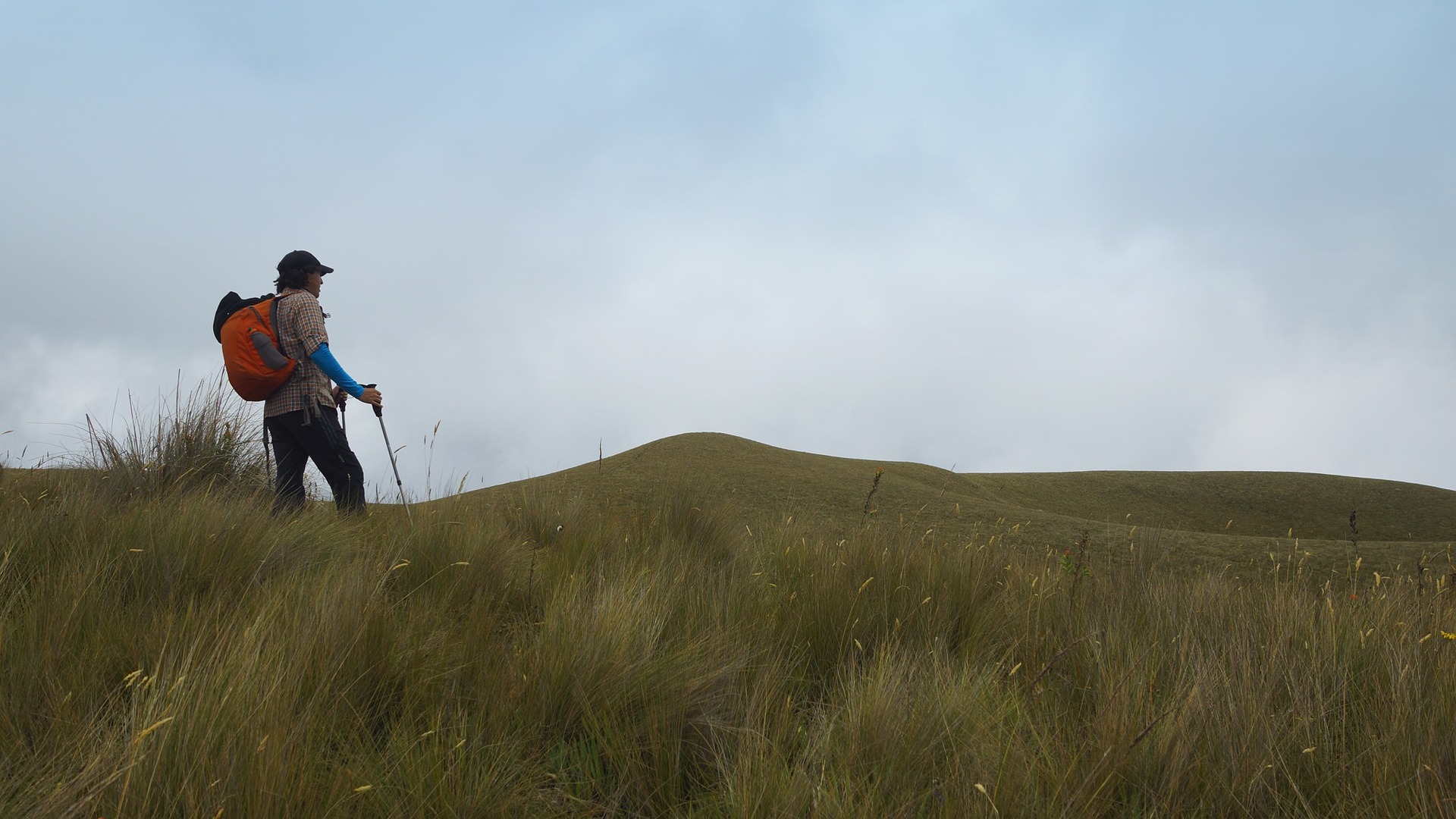 Like most backpacking gear, finding the right set of trekking poles has a lot to do with personal preference (and budget, of course).

Here are some common features of trekking poles to keep in mind when making a purchase.

Adjustable trekking poles are by far the most popular for their versatility. A perfect fit for your height is all but guaranteed, and when it’s time to get creative with your poles at camp, being able to make them taller or shorter comes in handy.

Still, fixed length poles typically have the advantage of being simpler, lighter weight and more compact. If traveling light is your first priority, you’ll want to consider this option.

Speaking of traveling light, you’ll find a similar compromise to be made choosing your trekking pole material.

Aluminum poles are the most common, and are typically much less expensive. They can also take a beating without breaking, which makes them an ideal all-rounder for heavy trail use.

Carbon poles, on the other hand, are extremely lightweight, and typically much more costly. A good carbon pole can take its fair share of abuse as well, but if you should happen to overload one, they risk cracking or breaking entirely whereas an aluminum pole might simply bend or dent.

This one is hotly debated, but many hikers swear by shock-absorbing poles.

Shock-absorbing poles have a little spring or “give” to them as they’re put under load, similar to the suspension on a car or mountain bike. This extra bounce is intended to further reduce shock to the knees when hiking down an incline.

Whether you opt for a shock-absorbing pole or not is entirely up to personal preference, but try walking a few miles with a pair to get a feel for what you might be missing.

The grips on most trekking poles come in three varieties: Cork, rubber, and foam. Generally speaking, trekking poles with plastic grips are cheap and won’t last, so I recommend staying away from those entirely.

Cork is my personal favorite, and is especially nice in hotter climates like the summers we have here in Georgia. They’re comfortable, moisture resistant, absorb a good bit of shock, and adapt to the shape of your hands as you use them over time.

Rubber grips are typically reserved for cold weather hiking as they work to insulate your hands as you hold them. They get a little too warm for most folks during the spring and summer months though, so if you’re only going to buy one set of poles, rubber probably shouldn’t be your first choice.

Foam is a popular alternative to cork grips, and is both moisture-wicking and won’t chafe your hands on long hikes. If you like the feel of foam grips, keep in mind that softer foam typically breaks down faster than dense foam. All foam grips inevitably break down over time from pressure, moisture, and heat, so you may need to replace them after a few years of regular use. So… Do You Need Trekking Poles?

Short answer here is no. No one actually needs trekking poles.

Personally, I use them about 50 percent of the time. It’s nice to switch it up for a few miles and give my upper body something do to, especially on steep inclines.

If you’ve never tried trekking poles before, but often find your knees talking to you by the end of a long hike, I highly recommend trying a pair out on your next adventure.

Whether you’re trying to squeeze some extra miles out of your body or you just want something sturdy to intimidate bears and big cats with, there’s a benefit for just about everyone to carrying trekking poles.

READ NEXT: Hiking Essentials for Winter and Summer Trails What Size Backpack Do I Need For My Next Trip?

How to Avoid Bears While Hiking: Everything You Need To Know