Sitting on the Black Hills in Keystone, South Dakota is Mount Rushmore, a rock carving that symbolizes the independence and triumph of the United States of America. 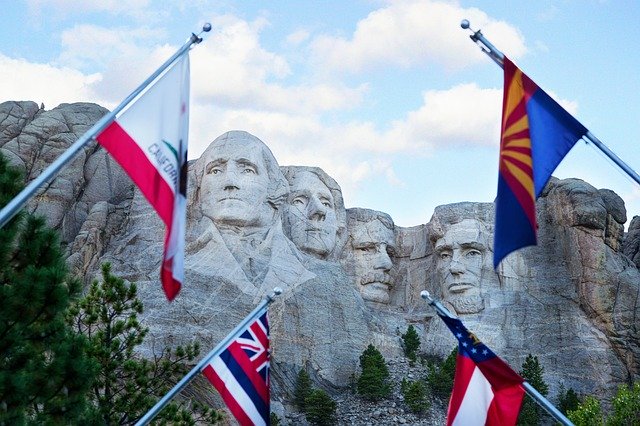 They were chosen as a representative of the nation’s birth, growth, development and continued resilience.

In 1927, Gutzon Borglum- a well-renowned sculptor – designed the faces and began working on the legendary sculpture. However, the monument as it is right now is quite different from what Borglum had initially envisioned. 1. The fourth Mount Rushmore face was up to debate

Since the project was supposed to showcase the independence, triumph, and development of the United States, picking the first three faces was nothing very simple.

George Washington had to be featured for being the first president. For making the legendary Louisiana Purchase and writing of the Declaration of Independence, Thomas Jefferson’s spot was already guaranteed. Abraham Lincoln’s bravery and sheer wisdom in keeping the nation afloat during the Civil War made him an obvious choice for the third spot. The fourth spot, however, was quite contested since both Teddy Roosevelt and Woodrow Wilson had a heavy claim on the shaping of present-day America.

However, Gutzon eventually settled with Roosevelt for his heroics in the conservation legacy and for building the Panama Canal.

2. The name was chosen long before the project started 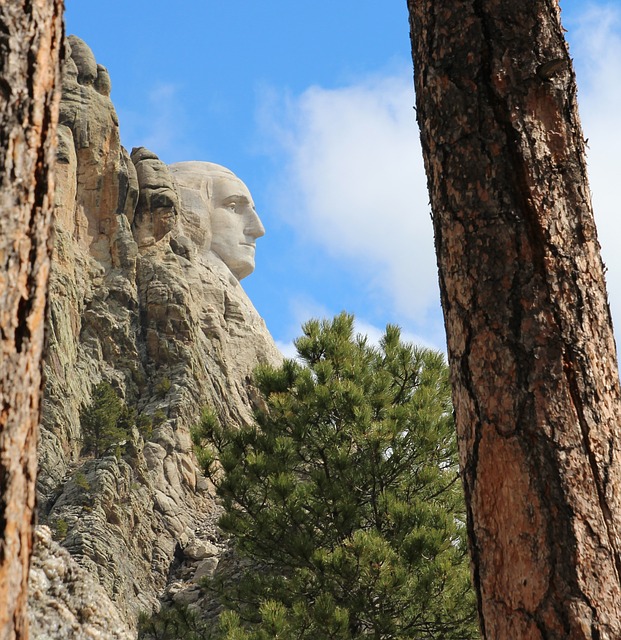 Before Charles Rushmore’s visit in 1885, the peak had no name. When Charles took a look at the breathtaking sight, he gasped and turned to his guide, asking around for the name of the place. To his awe, the guide reckoned that the place had no name like it was a site never discovered before.

With that, Charles named the peak after himself; and Mount Rushmore was born. The sculpting started in 1927, meaning the site already had the name before construction was begun.

3. The carvings weren’t meant to be only faces

Borglum’s original model was that the presidents’ sculptures were to be from the head down to the waist area. However, he had to settle for the faces only when it became apparent that the funding was never going to be enough.

By the time the project was approaching its mid-stages, it was a case of leaving the project half done or finalizing the faces to at least have something presentable.

During the prior days of the sculpting, chisels were used to scrape away the ounces of granite to carve the faces. However, with over 400,000 tons of granite to be removed, chisels proved to be futile.

They resulted in the jackhammers, which again failed until Borglum finally decided to use dynamite. Dynamite did the trick, with the dynamites being buried in the granite to be exploded when workers were away at lunch and evening hours.

5. Jefferson’s face is not in its original position

In Borglum’s blueprint, Jefferson’s face was supposed to be on Washington’s right. However, during the prior stages of his face’s carving, Borglum quickly realized that it wasn’t going to be just a walkover.

Jefferson’s position was loaded with tons of quartz, which after a whopping one and a half years of dynamite explosions to try and scrape it off- proved an impossible task. Consequently, Jefferson’s face was moved to Washington’s side, which was easier for carving. 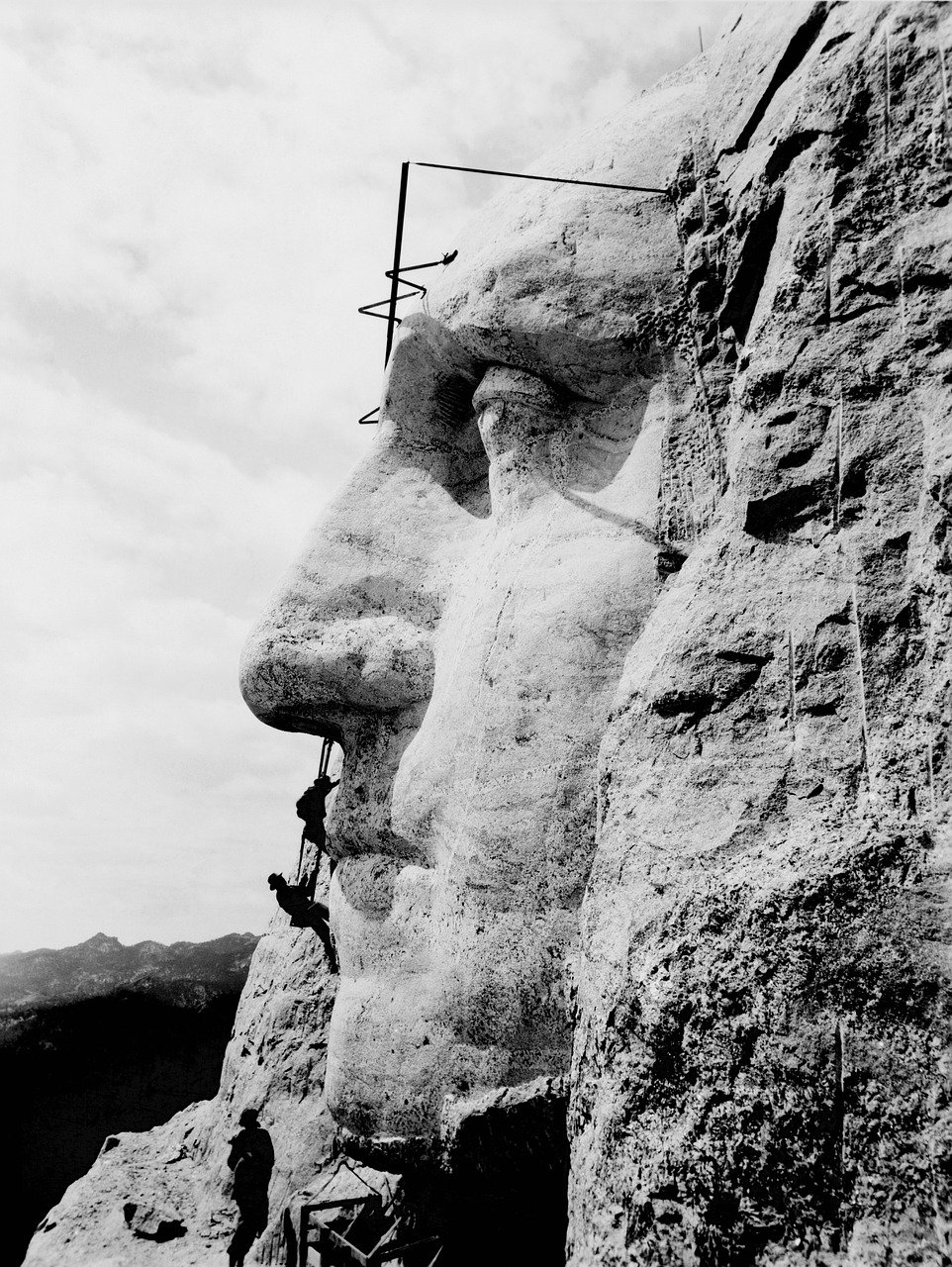 Since Gutzon wasn’t planning on creating a monument that would fade away soon, he lengthened Washington’s nose with one foot to make room for erosion that would happen at the estimated rate of one inch per 10,000 years.

7. A few words were supposed to be added

As part of the project, Borglum wanted to include about 500 words to outline some of the nation’s achievements and notable moments on the amazing Mount Rushmore carving. However, his dream didn’t live to see its realization for two major reasons.

Firstly, the words would not be visible to the tourist; and secondly, there were no additional funds to put up the words in the first place.

8. The Hall of Records

After the unsuccessful attempt to add the words, Borglum resorted to incorporating a room that was supposed to be a haven for everything that showcases the best of America’s journey to the present-day superpower. The room was to be decorated with beautiful artwork of America’s heritage and scripts of USA’s iconic moments.

However, this idea, too, came to a sudden collapse. Due to inadequate funding, Borglum resorted to diverting funds and efforts dedicated for the hall of fame to the completion of the four faces, which was at risk of incompletion too as pockets ran dry.

The hall of Records doorway is still there behind Washington’s carving, though it’s inaccessible by visitors since the upward staircase was never built.

9. There were no death casualties 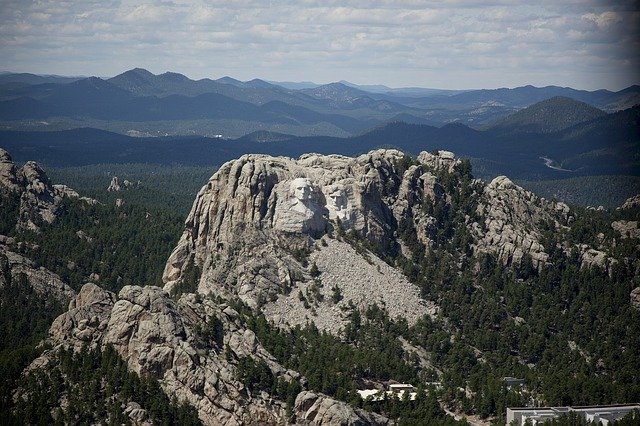 Even though none of them died during sculpting, many went ahead to succumb to respiratory diseases months later as a result of the silica dust inhaled from the dynamite explosions for scrapping out granite.

10. Borglum didn’t live to see the end of the project

Gutzon Borglum started the Mount Rushmore sculpting in his 60s and dedicating the rest of his life to the project.

For workers, Borglum was not the best man to work with. He was a hot-headed boss who fired workers he didn’t care for. His secretary even reckoned that he had fired and re-hired her up to 17 times during the sculpting period. Nevertheless, it was his zeal that ultimately led to the realization of this mega project.

To date many still believe the project wouldn’t even have started, were it not for the resilience and passion of the highly skilled and experienced sculptor. The grounds at Mount Rushmore is open year-round. However, on Christmas Day, the grounds and parking garage are open, but the buildings (Visitor’s Center, Carver’s Cafe, Gift Shop, etc) do close in observance of the holiday.

Have you ever been to Mount Rushmore? Tell us what you thought.