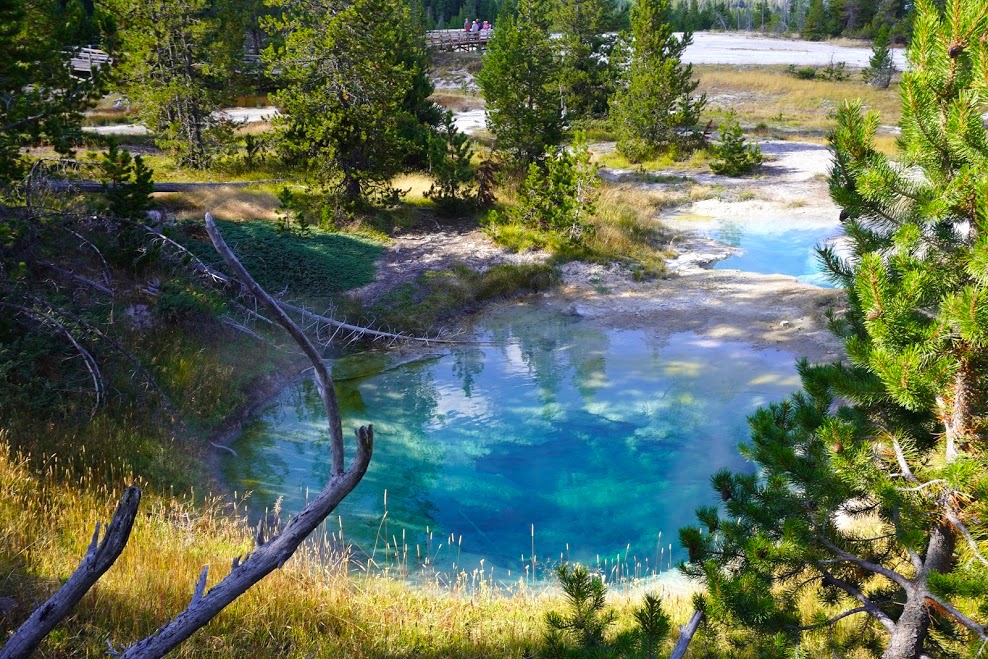 The park, which spans about 3,500 square miles, is home to a number of animals including a few endangered species. There are about 67 species of mammals that reside within the park, making it the largest animal population within a national park in the U.S. This popular park also has nearly 300 species of birds, 1,800 archaeological sites, 45 named waterfalls, 720,000 museum items, millions of archived documents, and 20,000 periodicals and books within its Heritage and Research center.

How It All Began

Throughout history, Yellowstone has been a place of trade between different tribes and cultures, including the Wind River Shoshone Tribe. The area has actually been discovered and rediscovered by different people over the years.

By 1808, several explorers, including Jim Bridgers, John Colter, and other well-known trappers of the time led several surveying expeditions. One such famous explorer, Daniel Potts, wrote vivid descriptions of what eventually became Yellowstone Lake and the West Thumb Geyser Basin in a letter to his brother. The West Thumb Geyser Basin was also discovered and surveyed by Warren Angus Ferris and was identified as a geyser. He later had his own map made of the area in 1936.

In 1860, William F. Raynolds’ expedition party was the first to not make it to the region. In the 1860s, more government expeditions were put together. By the mid-1860s, the government was asked to protect Yellowstone.

Another important piece of Yellowstone’s history is the prospectors and settlers that were coming to the region, curious about its stories of gold. In the 1860s, alongside the growing interest of the region in general, Snake River was the key location for most people’s prospecting journey. Walter Washington DeLacy was the first to explore the Snake River during the summer of 1863. DeLacy did extensive surveying of the different rivers and what is now Shoshone Lake by way of the Lewis River.

DeLacy was also able to map out the Montana Region of Yellowstone, which was used to help build the county lines in 1863. It was also used to make more accurate renderings of the Lewis River and its Headwaters leading into Shoshone Lake and other water features around it. Naturally, it also sparked more curiosity among people looking for their opportunity to strike gold.

By early 1867, gold was discovered at Bear Creek by Joe Brown, worth $8,000. Other discoveries around Bear Creek included Bart Henderson’s find in the Clark Fork area of Yellowstone River. There were other smaller discoveries in 1870, but those parties were largely driven out by Native American Indians.

Most other important historical events at Yellowstone happened during and after it turned into a national park. Nathaniel P. Langford was a member of an expedition in 1870, and became the park’s first superintendent in 1872. Langford’s term ended in 1877 and the position went to Philetus W. Norris, whose main goal was to be able to make more scientific discoveries there. He also supervised the construction of a headquarters in Mammoth.

When the Pacific Railway was completed in 1907, for the first time ever, the western side of Yellowstone in Idaho was open for tourism. By 1915, pedestrian automobiles were allowed on the grounds and attracted more visitors heading further into the 20th century. This prompted the creation of the Old Faithful Inn, which was up and running in the mid-1900s.

The Park In The 20th And 21st Century

In the 1950s, the number of visitors increased by over a million people annually, so the National Park Service began renovations in the park. The project was called Mission 66, as a result of the ambitious goal of finishing all renovations by 1966.

Changes included a widening of the roadways, the shutting down of passenger trains through the park, and enacting higher regulations on fishing and interacting with wildlife in general by the 1970s. One of the more high-profile renovations was done to the Canyon Village at Yellowstone.

Much of the 20th century brought more and more popularization of national parks, so much so that more government institutions were created to manage all kinds of conservation programs, including a ranger program. Chester A. Arthur and Teddy Roosevelt were among the most supportive politicians at the time, as both presidents made visits to the park throughout their time in office.

READ MORE: How To Make The Most Of Yellowstone National Park

Now with over four million visitors a year, one of the main reasons so many visitors flock to the park is to see its many natural features, some of which came to be thousands of years ago, like the park’s Yellowstone Caldera and Old Faithful Geyser. Yellowstone National Park has one of the richest histories and stands out as one of the most beautiful national parks in the U.S. It offers visitors the opportunity to experience a variety of amazing activities including hiking, backpacking, and fishing to name a few, all while continuing to be an educational tool for those that are curious to natures wonders.

8 of The Best State Parks in Utah

Where to Stay in Zion National Park

Things To Do Around Lava Hot Springs and Soda Springs, Idaho

What Size Backpack Do I Need For My Next Trip?

How To Build A Camping Cookware Kit For Any Trip

The 9 Most Popular Restaurants in Islamorada, Florida